Posted by deborahrpark on 04 December 2012 under Social Studies

On December 26, 2012, I am traveling to India with my teenage daughter and others from her high school on a mission trip to Falakata, India, located in West Bengal. While there we will build two churches and serve the people. We can hardly wait!

Since India comes up in the sixth grade history curriculum later in the year, I thought it would only make sense to move it up and tie my trip into a unit on India for my students. So far we’ve had several lessons on the geography and early people of the country. We were also blessed to have a great guest presenter who lived in India as a missionary for nine years and was able to share with us a lot about the culture. The students were very interested. 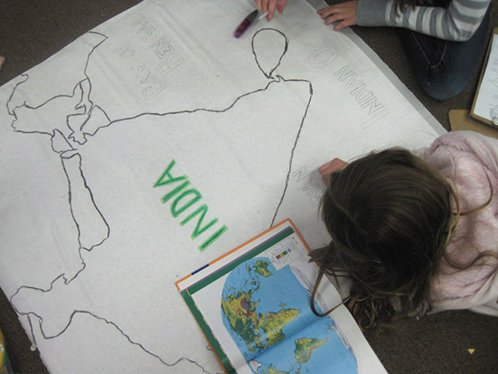 To help students review what they’ve learned before the test, I teamed them up for a map-making project. Each pair was given a large sheet of white paper and a handout of what items to include on their maps. They quickly went to work in different corners of the room drawing, labeling and painting their maps.

After this exercise students have a much easier time identifying the location of the Himalayas, Arabian Sea and other landmarks of India. Here’s how their masterpieces have progressed so far. 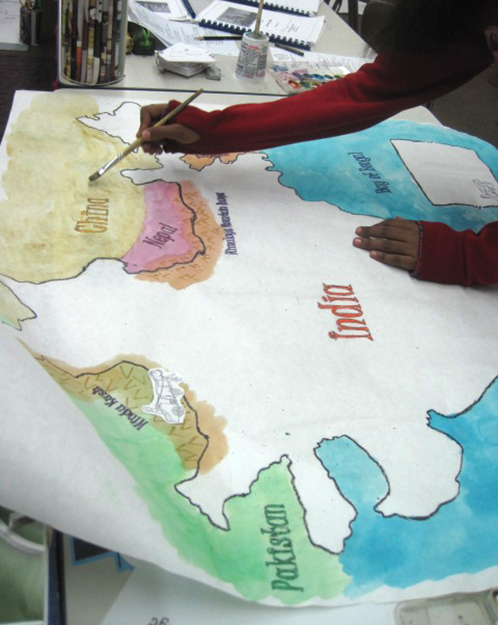 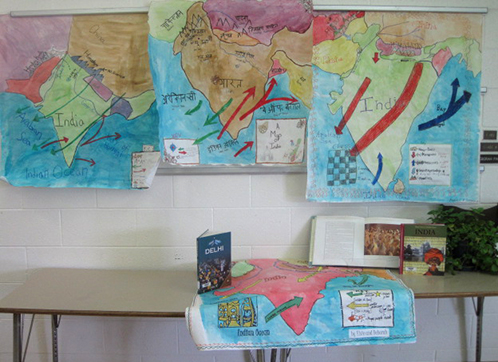