Warning: Declaration of Custom_Description_Walker::start_el(&$output, $item, $depth, $args) should be compatible with Walker_Nav_Menu::start_el(&$output, $data_object, $depth = 0, $args = NULL, $current_object_id = 0) in /homepages/15/d404262901/htdocs/app468254639/wp-content/themes/pressimo/lib/functions/theme-functions.php on line 221
 A Great Read for the First Month of School | Inspired Class

A Great Read for the First Month of School

Posted by deborahrpark on 06 September 2012 under Language Arts

The first book I’m reading with my class this year is David Livingstone: Africa’s Trailblazer by Janet and Geoff Benge. This book provides a great springboard to talk with students about making the year their best one and overcoming all of the difficulties they may face. 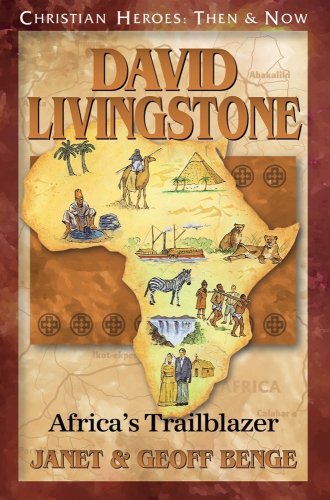 I remind them that God has a plan for each of them, just as he did for David, and that their job is to equip themselves for his purposes.

As a boy, David didn’t have a lot of opportunities. He worked at a mill, his family worked at a mill, and the greatest expectation anyone had for him was that he would grow up and have kids who would then work at the mill.

But David had a great fascination for science and a dream to serve as a missionary in China. Even though the prevailing attitude at the time was that science and religion couldn’t mix, David was spurred on by the belief that science could reveal God.

Today my students and I finished reading chapter three, which talks about the struggles David had to overcome as a young man. My students couldn’t believe how much determination he had to go to school, even though it took him three years just to earn enough money to attend college for one term. They’re enjoying every part of his journey toward becoming a doctor and eventually a missionary, not in China, but in Africa.